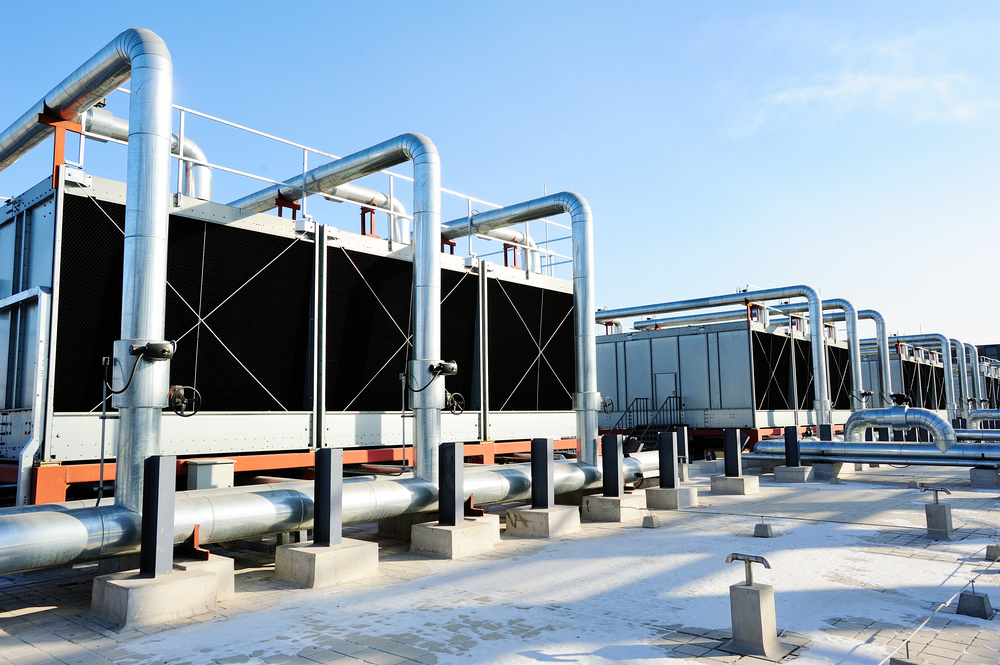 How To Prolong The Life Of Your Cooling Tower With Polyurea 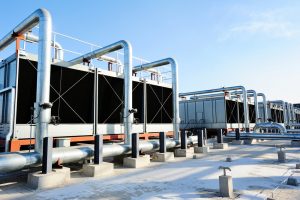 Equipment repair costs are a major concern, regardless of where you work. There are many ways to prolong the life of your cooling system and save money. We’re talking about how to repair the cooling tower in your HVAC system.

We want to talk about what this means and how to fix them for a fraction of the cost.

What is a Cooling Tower?

Energy produces heat. Common manufacturing processes, such as food production, produce a lot of heat. This heat must be dissipated. This is where the cooling tower comes in.

A cooling tower can be described as a heat exchanger. It cools down the water heated by the comfort cooling or production process.

The system first transports warm water to the tower. It then spreads the water throughout the fill. This increases the water’s surface area and allows fans to cool it down faster. The water that evaporates is emitted through the tower’s top and into the atmosphere.

The system cools the water and returns it to the chiller. The process will continue for as long as the system is in operation. 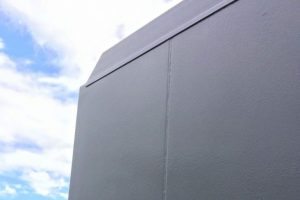 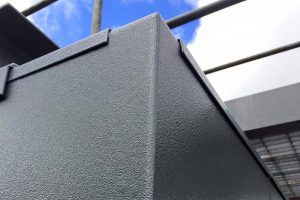 Where are Cooling Towers Most Commonly Used?

Cooling towers are also common in schools, hospitals, offices, and other buildings that use HVAC cooling.

Cooling towers like all metals will eventually rust and corrode. Depending on the size of your unit, you might need permits or equipment rentals. Do you have a helicopter that you’ve rented? It’s not cheap, we promise!

Six figures minimum are required to replace a tower that has been damaged. But with Polyurea, repair costs are significantly cheaper. 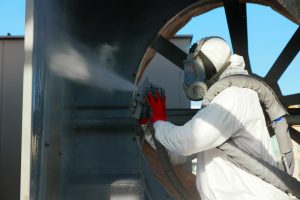 Polyurea can be described as a coating. It is a rubber-like, sprayable polymer. Manufacturers developed it in the late 1990s to help companies save money on industrial repairs.

It was used more often by commercial mechanical companies as it became cheaper to replace than repair.

Polyurea can save my Aging Cooling Tower.

It’s crucial first to understand how Polyurea is used to repair cool towers. To make the surface smooth for the Polyurea to stick to, we first use grit blasting. We will then replace any areas that are completely rusted with sheet metal.

We will then spray your cooling tower with Polyurea. The cooling tower’s interior will look and function like new once the Polyurea coating has been applied. Untrained eyes might not be able to see that it was ever repaired.

The final step is to tackle the exterior. We will apply a membrane in the appropriate places and spray it with Polyurea. As we said, this entire process is much cheaper than replacing an aging tower.

Are you interested in finding out how Polyurea can be used to save your cooling tower? Contact ArmorThane for a free strategy call today!

Poly Spray Coat– Polyurea protectivve coating information for the inquisitive mind. Learn all there is to know about Polyurea, Polyurethane and more!